Chance to Dance, an in-school creative dance program for grades 3-8 is looking for Dance Educators.

Our Dance Educators must be reliable, able to follow our syllabus of specialized methodology, and be willing and able to:

If you are interested in joining an historic program, please send your resume & current contact information to: 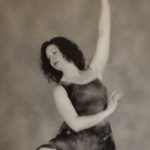 Beginning dance at the age of five, Christena studied the majority of her dance training with Rosemary Hambly Medeiros, as well as classes under Herci Marsden. Christena attended the Dance Teachers Club of Boston’s Dance Teacher Training course in which she graduated with her Teaching Certificate in 1987. Christena studied for 4 years at the Boston Conservatory of Music as a Major in Dance. During that time she had many performances including the Jerry Lewis Telethon, a Benefit performance with Madeline Kahn, she performed with Tony award winner Thommie Walsh, Ballet Master Lance Westergard from New York, and has also performed with The Merrimack Lyric Opera Company as well as numerous Boston Conservatory performances. While attending The Boston Conservatory of Music, Christena, in her senior year was an assistant teacher in Ballet to Dance Department Chairman, Yasuko Tokunaga and graduated in 1991 with a Bachelor of Fine Arts Degree in Dance.

Christena’s teaching experience began as an assistant to Rosemary Medeiros from 1984-1987, she then established the first Dance Program in Ballet at the Woonsocket YMCA in 1987, where she taught and directed this program. After completing her BFA degree Christena taught at Deane Dance Studio and Kimberly’s School of Dance. In 1998 Christena began teaching the Chance to Dance program for Dance Alliance of RI. In 2003 Christena was appointed Artistic Director of the program, progressing to be appointed Administrator in 2012. Christena has engaged her students at Kids 1 University, RIC, and Providence Convention Center. Christena is a 4 time presenter at the RIAHPERD Conference’s (Rhode Island Association of Health, Physical Education, Recreation and Dance). Christena was awarded RIAHPERD’S 2004 Dance Educator of the Year title. As well as owning her own studio in collaboration with her sister, Christena has been a guest artist at St Mary’s Academy and the Jewish Community Day School. 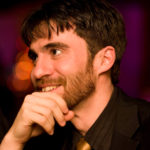 Matthew Dube is performer and composer who has worked in and around the Rhode Island dance community for 17 years.  Trained on several instruments including drums, percussion, and piano, Matthew’s involvement in dance started with compositional contributions to the theatre and dance community.  Shortly thereafter he began accompanying dance classes and performances.  Matthew has performed at Providence College, Brown, and RIC, and alongside local companies.  He has accompanied classes at Brown, Curry College, The Movements Exchange, AS220, and Southside Cultual Center.  He has been the musical director of the Chance to Dance program 2008.